Blood and Sand or Oil and Water? Why MMORPGs Just Don’t Work as eSports 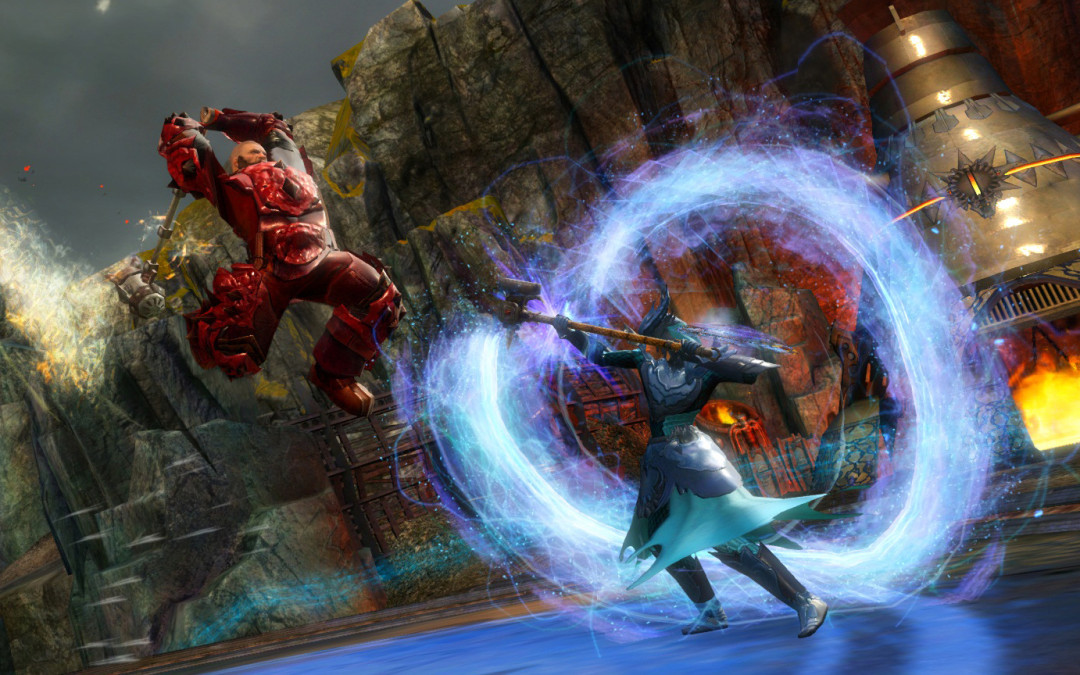 The eSports competitive gaming scene has seen an explosion in popularity over the past few years, with notable gaming market research and consulting firm Newzoo now predicting its meteoric rise as an industry to continue its upward trajectory to achieve revenues of $465 million in 2017. With its fan-base and exposure steadily increasing, due partially in part to increasingly high profile performances such as the recent Heroes of Dorm competition aired on national television by ESPN-2, player interest in developing an eSports scene within the MMORPG genre has seen a similarly steady rise; unfortunately, this is one idea that just isn’t going to work.

The desire to wed eSports and the MMORPG genre is nothing new and has hardly been limited to just the players. Industry giant World of Warcraft once had its arena included on MLG’s roster before being dropped in 2010, and ArenaNet continues to “Weekend at Bernie’s” Guild Wars 2‘s flatlining eSport scene in small, self-hosted competitions to this day. Given the growing popularity of competitive gaming as a spectator sport, this desire for MMORPGs to join in on the success other genres are enjoying should come as no surprise. So why have none of these companies gotten it to work yet? The problem lies within the very core of the MMORPG experience – they aren’t balanced, and they’re never going to be.

MMORPGs are fundamentally designed around the central concepts of progression and customization, ideas that in practice prove antithetical to the degree of balance necessary for a good competitive scene. These differences manifest at every level of an MMORPG’s core systems, with character levels, item levels, stat effectiveness, talent and ability balance, overall class balance, and balance between various group compositions all serving to tilt the playing field in favor of a team before they even step out onto the playing field.

Most of these can be mitigated to some degree, with ArenaNet doing a truly admirable job of removing level and item level disparities completely from Guild Wars 2‘s competitive structured PvP scene; unfortunately, this really is about the fullest extent to which a developer can be proactive in solving balance problems without lessening the game’s appeal to the genre’s core players.

MMORPGs (or more specifically – RPGs) are uniquely positioned to allow their players the largest amount of customization of any gaming genre, a quality that also introduces the largest obstacle to achieving a materially balanced competitive scene. Attaining perfect stat, ability, and class balance is only possible through what ultimately amounts to homogenization – attempts at which haven’t been received well by players historically. Whether it be Star Wars Galaxies‘ monolithically unpopular Combat Upgrade and New Game Experience overhauls, or even something more subtle like World of Warcraft‘s talent overhaul in Mists of Pandaria, movement towards skill and class homogenization has almost always been met with staunch resistance from the respective game’s existing player-base. While these types of changes can and do succeed at creating a more balanced competitive scene, they do so to the expense of the character building functionality that MMORPG players of all types hold dear.

Further, this highly valued complexity in character customization introduces serious obstacles to accessibility; while a newbie spectator can hop into a MOBA stream and appreciate it without a nuanced understanding of the game’s mechanics, MMORPGs by their very nature present a far greater barrier to enjoyment by the uninitiated. So much of what goes on behind the scenes in a character’s build is hidden away from the spectators, unlike in a MOBA, where customization is simple enough to be easily displayed on the game’s scoreboard.

At a time when MMORPGs are losing a bit of the limelight to games better suited to the eSports scene, it’s easy for players and developers to be tempted to hope that their game is going to be the one to live in the best of both worlds – spoiler: it isn’t. MMORPGs are great at offering superior character customization in persistent worlds hosting a massive communities of players, qualities which are near antithetical to both competitive gaming and spectator engagement. It’s in the genre’s best interests to stick to its core competencies, instead of trying to shove a square peg into a round hole.