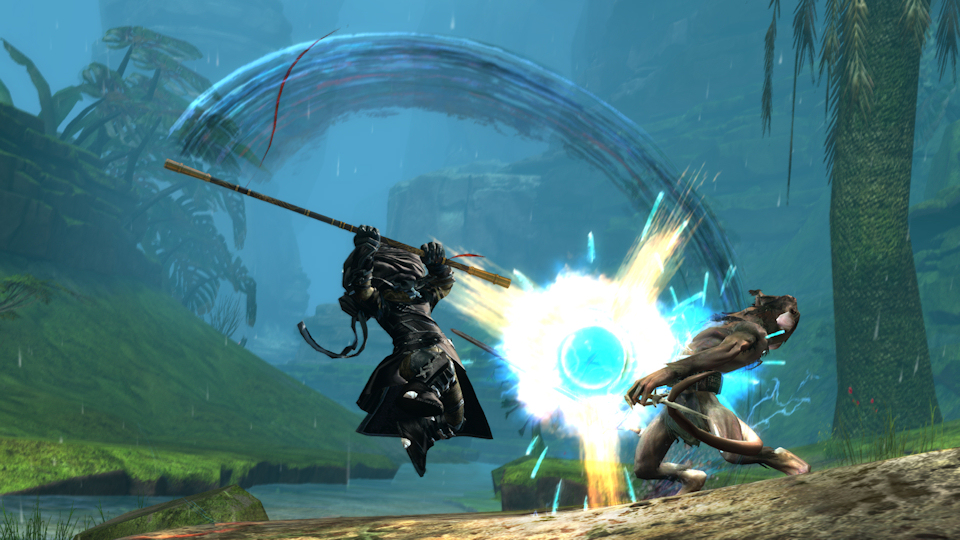 I’m sure I wasn’t the only person who thought the new camera off-set options added in Guild Wars 2‘s latest patch made an odd addition to a tab-targeted game, and now we know why: coming in Heart of Thorns, the team at ArenaNet will introduce a massive addition of new options set to revolutionize the way the game is played, with options expanding to include the existing tab-targeting system, as well as soft-locking and a  full on skill-shot only mode more akin to Skyrim than most MMOs, with other new game-changing targeting options to boot.

Initially, a tab-targeted game promising to add action targeting ranked pretty high on my personal skepticism metric. I expected something half baked and akin to The Secret World’s tacked on reticle mode, but after watching the full presentation (linked below), it didn’t take long for me to be converted to total believer status. When these changes are implemented, Guild Wars 2 will have one of the most robust and highly adaptable targeting systems on the market today.

Then there are going to be people who are like, ‘that’s nice’, but what they really would like to do is play Skyrim again. Skyrim does not really have auto-targeting. So what we’re going to do is just turn it off. So now nothing locks.

If you’re a Guild Wars 2 player or someone whose interest has been piqued by the announcement, you’re doing yourself a massive disservice if you don’t swing by the official presentation linked below to check it all out in action for yourself. While the options sound great on paper, they appear to actually deliver in game as well. For me at least, this new functionality really is a game changer.