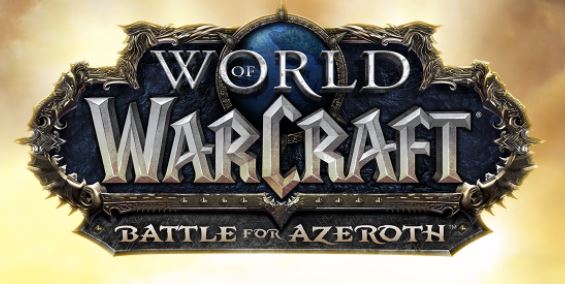 As part of the lead-up to the next expansion of World of Warcraft, Battle for Azeroth, dataminers are digging up information about the new Allied Races that will be making their debut with the expansion. While Blizzard hasn’t officially said so yet, it’s a reasonable assumption to believe that the new races will be available for players to start creating characters during whatever pre-patch or preorder that goes live. Again, they haven’t officially announced the expansion’s launch date, but one can readily guess that it should be somewhere in the summer or early fall, much like Legion itself released two years ago. Considering how much information is already available, it feels almost as if they’re further along with the development this time than they were with the jam-packed Legion. Unlike previous expansions, players will have to unlock these new races through playing certain content rather than simply have them available when the pre-patch or a preorder goes live, like what happened with Demon Hunters last time around.

That being said, many players have already unlocked access to four of the six known Allied Races by becoming exalted with their associated Legion faction and completing certain questlines for that race’s area. What we discovered already is that you only have to do the unlocks on one character for it to count, and you don’t have to be in the same faction as the race in question. For example, you can unlock the Horde-side Highmountain Tauren if you’re exalted with their faction and do their questline as an Alliance character. These unlocks are account-wide so far on the PTR, meaning you don’t have to unlock them on each server you want to have them on.

Of course, it wouldn’t be WoW without a bit of controversy about these factions and unlocks, with the most intense frustration involving the Nightborne joining the Horde. Both factions are getting a new Elven race in the form of the Void Elves led by Alleria Windrunner for the Alliance and Nightborne led by First Arcanist Thalyssra joining the Horde. Having seen the cutscenes datamined by Wowhead that lead the Nightborne’s decision, the stories do seem a bit forced even despite a few strings of dialogue sprinkled along NPC conversations on the Vindacaar during Argus content. Other than the hardcore lore nerds, it’s very likely that most players missed them and were surprised by the announcement at BlizzCon.

The sense of betrayal and bafflement with the Allied Races will continue with BfA, with a secondary concern being that Alliance players will have to do much more Legion content to be able to unlock their two Allied Races than Horde will, because both of them requires being level 110 on the unlocking character and having access to Argus. Players can start work on the Highmountain Tauren unlock as soon as they get off the boat in Legion content. However, another big frustration is the fact that, much like the class halls where players worked cross-faction with their class orders, all of a sudden, those ties of friendship and common cause are abruptly shattered. My Draenei Paladin has been working with the Blood Elf Lady Liadrin and getting the job done and the quests show respect going back and forth, we’re back to abruptly hating one another because of the color of our tabards? My Horde Shaman helps to free Argus and becomes exalted with the Lightforged Draenei, yet when I encounter a fresh level 20 Lightforged Draenei in old-world content, their nameplate will be orange, or red if we’re flagged for PVP?

Some of the Allied Race concepts make sense because of how rigid the race/faction lines are due to the overall story and setting. The Lightforged Draenei should be Alliance because the’re Draenei. The Highmountain Tauren would be Horde because they’re Tauren. The BfA Dark Iron Dwarves being Alliance and the Zandalari Trolls being Horde also make sense. The only race other than Pandaren who have people in both faction is Elves, so they’re the only sticking point in this entire mess. Many Alliance players were calling for the introduction of High Elves to their faction with the return of Alleria Windrunner and are dissatisfied with her turn to embrace the darkness and transformation into a Void Elf. While some of the Void Elf character creation concepts look interesting, that’s not what many players wanted. Quite frankly, Void Elves feel like they’re coming at the playerbase from out of left field, while the other races were already known through early Legion content or make deep sense because of where they are in the BfA content. Was this some sort of decision to balance two high-end magic-using/magic-abusing Elven races in the Horde to an Elven faction in the Alliance embarking on some highly questionable choices? After all, the Void isn’t small potatoes here. It should be a huge warning to anyone that your faction suddenly has something in it much more ethically and morally dubious than Warlocks and Death Knights. The word Void is spoken with a fearful whisper by anyone with a lick of sense in them. In the magic chart published in the WoW Chronicle, Vol. 1, the Void (aka Shadow) was the polar opposite to the Light.

A final concern about these new races is, of course, the eternal question of which classes can each race be. Players are still insistent that new race/class combos should be possible, especially in cases where the lore not only doesn’t say it’s impossible but the current Legion story actively supports the notion, such as there being non-Elven Demon Hunters or Night Elf Paladins. For the new Allied Races fully announced, the race/class combos aren’t the same as one might necessarily expect. There is balance, with both Elven races getting the exact same classes to choose (Hunter, Mage, Monk, Priest, Rogue, Warlock, Warrior), and the other two races having five classes available. However, the Highmountain Tauren get Druid, Hunter, Monk, Shaman, and Warrior, while the Lightforged Draenei will get Hunter, Mage, Paladin, Priest, and Warrior.

Some might question why the Highmountain Tauren cannot be Priests or Paladins like regular Tauren, but if you think about it, it makes a kind of sense. They were never exposed to the Light the way the regular Tauren were, and Light-themed classes are pretty much built into the new Draenei race’s name.  The same applies as to why the Lightforged Draenei can’t be Shamans, they never established a shamanistic culture.  It’s mildly puzzling why they’ll be the only new race that won’t be able to play Monk, but it’s a suitable tradeoff for being the only new one that can be Paladin.  Neither hero class (Death Knight, Demon Hunter) are available due to their much higher starting level, and their starting instances are chronologically set well before the discovery of these other races. The last existing race that got a new class was Gnomes, and the last time Blizzard did a big pass of adding existing classes to existing races was back in Cataclysm. So far, Blizzard has been very adamant that they weren’t currently exploring the notion of other race/class combos despite player requests, but you never know.

While it might seem odd that they’re adding six new character slots per server, perhaps they have some metric that indicates that a majority of the game’s players mix and match faction on the same server. Back in the day, you couldn’t do that especially on PVP servers because of the clear risk of people spying. Personally, I have an Alliance server and a Horde server to keep them separate but I can’t imagine stuffing an extra six character slots with two each of the new Allied Races for my faction. There’s only so many times I would want to duplicate classes, especially since we can readily respec any class now.

Naturally, this development process is so far along that no matter how large the outcry from the playerbase, it’s very unlikely that Blizzard will make any major changes, such as allowing Nightborne or Void Elf players the option of picking faction like Pandaren have, although that would be an equitable solution from a player standpoint. However, I do see the value in keeping it to just two Elven races per faction and not muddy the waters when they’re selling the factional war for this new expansion.

With the new level scaling tech soon to be in place in the old world and making Burning Crusade and Wrath of the Lich King zones interchangeable, the story waters are about to get a lot more muddied. The new Allied Races will start out at level 20, so Blizzard doesn’t have to make lengthy starting instances for them, just let you create, play a cutscene, and drop you in your faction’s capital and let you choose where to go next. Since you can’t be a first-time player with these races, they can cut out all of the tutorials and breadcrumb quests. You’d already know where you’d prefer to quest and Blizz will just leave you to it.

That leads us to our final question. Which of these new races do you intend on playing when they become available? Let us know in the comments below.