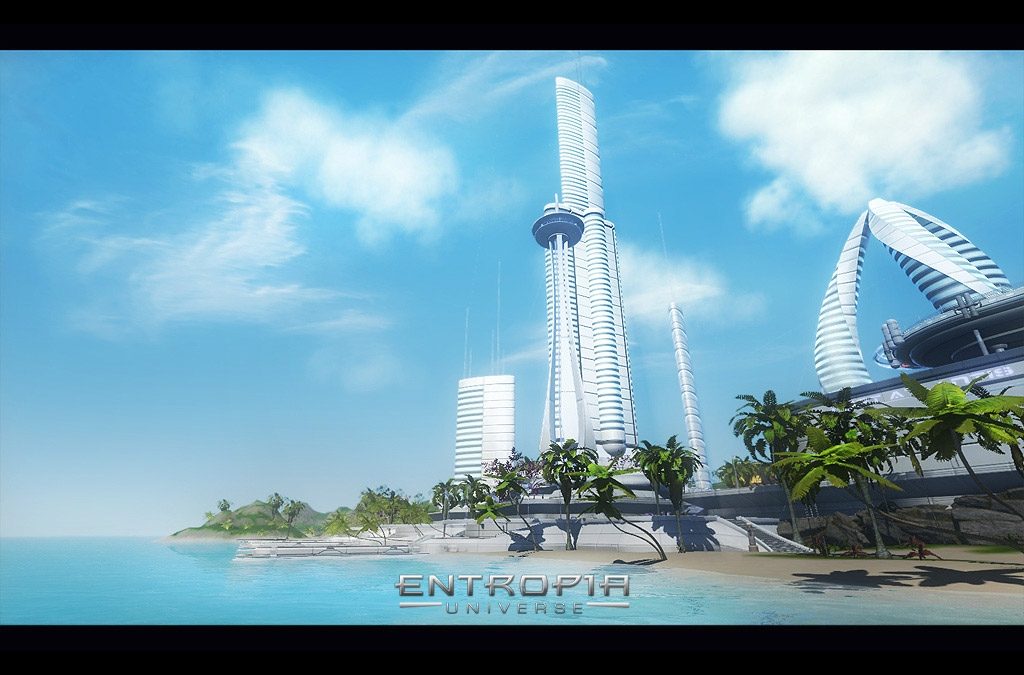 Recently, we had the opportunity to interview MindARK CEO Henrik Nel in time with the 15th anniversary of their cluster of MMOs published under a single banner as Entropia Universe.  As we’ve not covered this alternative method of playing MMOs before, we started off with a basic question.

MMOC:  What is Entropia Universe in a nutshell?

Nel: Entropia Universe can be best described as a living, breathing open world online universe with a very successful in-game real cash economy. As one of very few true open-ended games you can even withdraw the funds from your in-game account directly to your bank account. Since the game’s launch in 2003, Entropia Universe players, or ‘Entropia Residents’, as we like to call them, have been able to escape their own realities and transform themselves into whoever they want to be. In Entropia Universe, players have opportunities to explore entire worlds, battle unearthly creatures, and much more.

MMOC:  One of the larger selling points is the lack of a subscription fee. Other games monetize by selling conveniences and cosmetics through their stores, but things are different here.  How would you describe your monetization model?

Nel: Here at MindArk, we’re proud that we have been able to keep Entropia Universe free to play since its birth 15 years ago. One of the aspects that makes Entropia Universe so unique is its real-cash currency and economy. Just like in the real world, players are able to make investments, buy, trade, and sell items, and more. Project Entropia Dollars (PED), the currency in Entropia Universe is set at a 10 to 1 ratio with the United States Dollar (USD). Players can convert money both to and from PED, creating possibilities to earn real money within the game and transfer them to their real-life bank account.

MMOC:  The biggest selling point of the game is the real cash economy, one of the few games of this magnitude that openly embraces such a model, tied to the US dollar.  What happens if the US dollar tanks in the real-life economy?

Nel: As our in-game currency PED is fixed to the USD the market inside the game follows the exchange rates that the US dollar has in real life. During the 15 years that Entropia Universe have existed the US dollar have seen both ups and downs and MindArk is well equipped to deal with this as a business.

MMOC:  With the introduction of your own cryptocurrency, Deep Token, how do you reach out to people who might be wary of the whole cryptocurrency trend?

Nel: I think at some point, just about everyone was distrustful of the concept of cryptocurrency. Just like any other financial investment, we always want investors to be well-informed and cautious with investing in cryptocurrency. That being said, the interest in and understanding of cryptocurrencies has continued to rise over the past several years, which is a great sign!

MMOC:  Looking at the recent article about the sale of Arkadia Moon Deeds, do these deeds confer actual virtual space for a player to build a home or base on?  If so, how much ‘land’ does the deed encompass?

Nel: Rather than receiving a physical plot of land, investors in the Arkadia Moon Deeds receive a percentage of the ownership of the entire moon, which is 64 square kilometers in size. As players visit the unique locations on the moon and collect valuable resources, they get taxed a small percentage of their findings. The earnings are then distributed amongst the owners of the land deeds. Earlier, the sale of the Arkadia Underground Deeds earned buyers a 60% increase in capital gain.

MMOC:  While it’s been ongoing since March, how has the Enigma Keys event been going?

Nel: The Enigma Keys event just ended, with the winner claiming the main prize of $5,000 on May 22, 2018. The grand prize winner was avatar Sev Seventia Lothander who had been a frontrunner for a large portion of the event. Also, there was a separate prize for other player who scored the most points during the event. This $100 prize went to Viktoria Mellis Kareokay.

MMOC:  Looking at the new VR offering, how has that been progressing?  While video conferences are the current standard, what sort of reaction have you gotten from the business world regarding the use of this technology for their meetings?

Nel: The response has been incredibly positive towards our Business VR solution and I’m glad to say that there is a lot of interest in this type of technology. We have several corporations testing the product on a larger scale at this time and the feedback has been very positive from all of them. One thing that comes up time and time again is how easy it is to set up and start the conference or meeting that was planned which is not always the case with video conferences.

MMOC:  If a developer wishes to sign on to Entropia Universe, what sort of creative ownership do they retain for their assets?  For example, before he passed, Lemmy Kilmister of Motorhead granted permission for Lemmy’s Castle. Now that he’s sadly gone, does that area on Rocktropia continue?

MMOC:  Ultimately, where does the money come from?  Most of the EU sites do speak to players being able to cash out at any time, but at some point, there had to be money to cash out to begin with? While the current economy might be self-sustaining from players continually pouring their real money into it, at some point, there had to be some real money coming in that wasn’t from players.

Nel: It is true that you can cash out at any time, and this is and has always been at the core of the game design from the very first moment that the initial game design was created more than 20 years ago. The initial funding of “Project Entropia” as it was called in the early days had a portion of the funds set aside for the possibility of early adopters withdrawing money. However, the project did become self-sustaining very quickly after the game launched 2003.

MMOC:  From all accounts, even on your own players on a testimonial page such as the one on Planet Calypso’s site, the game is tough and takes a long time for a player to break even or even turn a profit. We’re talking months or even over a year. It’s clearly not a get quick rich affair, but how would you address that to players who use the phrase ‘pay to win’ or even ‘pay to play’, where every transaction involves money, every bullet used has to be paid for, for example?

Nel: The game was built to be challenging. There are a lot of players who want a challenge in a game and Entropia Universe is giving them exactly this. To some it might look like a “pay to win” or “pay to play” game, but I would advise them to seek out an experienced player to mentor them in game through our in-game mentor system. Entropia Universe is a skill-based game, but not an ordinary skill-based game where the only skill that counts is your characters “xp”. In Entropia, your own personal skills are very important as well to reach the goal you set for yourself, no matter if it is to become profitable, well known or well skilled. We have many cases of players never making a deposit still being very successful in game. There are many activities you can do for free and a lot of these can result in getting paid from other players.

MMOC:  Coming up on your 15th anniversary as Project Entropia, where do you see the company headed in the near future, say within five years?  What about ten years or even longer?

Nel: MindArk as a company is always going to continue evolving to stay relevant with the growth and direction of the industry. While we can’t talk about anything specifically right now, we’re excited about what’s coming down the road for our players.

MMOC:  We’re going to close on a tough question. How has the European Union crackdown on lootboxes and transactions it deems as gambling in game spaces affected Entropia Universe?

Nel: We follow the discussions closely, but the way that Entropia Universe and our strongboxes function is quite different compared to loot boxes in other games because players have no risk of losing value. When you choose to purchase our Strongboxes, you pay $1.00 per box set, and the value when opened is always 10 PED which equals to $1.00 with the fixed exchange rate of PED to USD 10 to 1. However, the content inside can potentially be valued higher by other participants in our real-cash economy, but this is also true for all items you can obtain inside the game. Loot boxes in Entropia Universe have added another level to the gameplay you can enjoy as a player, and as there is no risk of loss, our strongboxes are not comparable to other games loot boxes.

You can check out Entropia Universe and all the games under its umbrella by going to entropiauniverse.com.