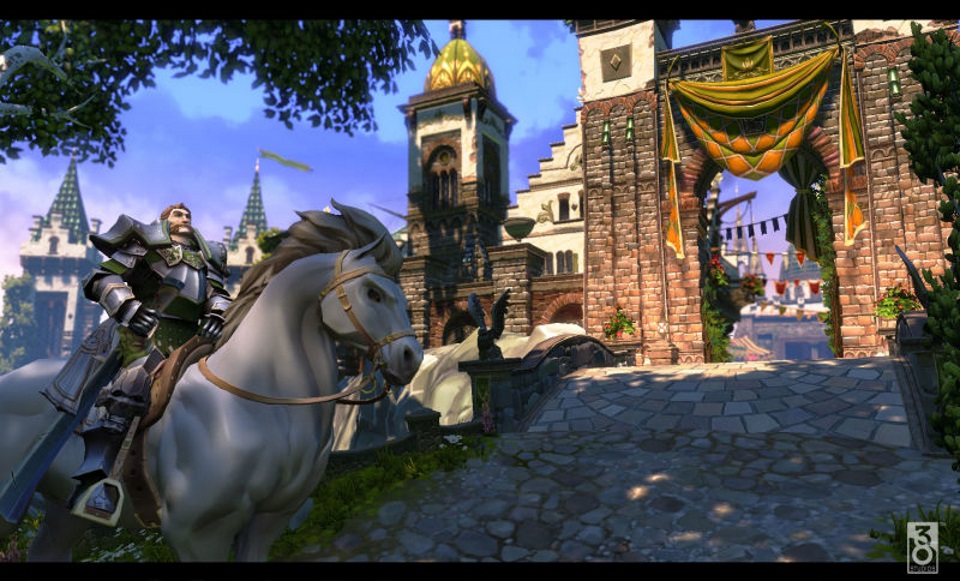 The minds of New York Times bestselling author R.A. Salvatore, Spawn creator Todd McFarlane, and Elder Scrolls IV: Oblivion lead designer Ken Rolston have combined to create Kingdoms of Amalur: Reckoning, a new role-playing game set in a world worth saving. Build the character you’ve always wanted and continuously evolve it to your style of play with the revolutionary Destiny system. Choose your path and battle through a master-crafted universe featuring some of the most intense, responsive, and customizable RPG combat ever.

38 Studios, LLC was founded in 2006 by Major League Baseball pitcher Curt Schilling and in February 2012 the company released its only title, Kingdoms of Amalur: Reckoning. While the game sold an estimated 1.2m copies in the first 90 days, 38 Studios shut down a few months later, before it’s MMO in development codenamed Project Copernicus was completed.