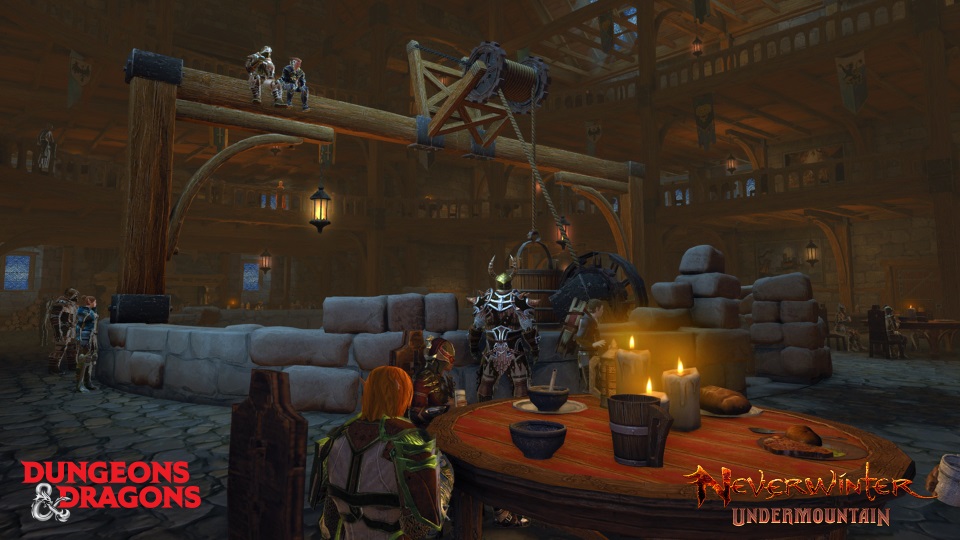 The team at Cryptic Studios and Perfect World Entertainment has dropped a big announcement today for their D&D themed MMO Neverwinter, in the form of details for the next expansion. The latest module, entitled Undermountain, is based around the classic dungeon that was recently redesigned for latest edition of the D&D in the “Dungeon of the Mad Mage” sourcebook.

The announcement came with both a brief trailer, as well as initial details of sweeping changes to the game – most notable of which includes an increase to the level cap from 70 to 80.

An unknown force beckons the people of the Forgotten Realms to the halls of Undermountain with visions of their deepest desires. Through a magical portal hidden along the Sword Coast, adventurers must seek a truth far more sinister. Renowned Waterdeep taproom, the Yawning Portal, acts as a hub for players looking to delve deeper into the hallowed halls shaped by Halaster Blackcloak’s twisted mind. Team up with Durnan – proprietor of the Yawning Portal – Celeste, as well as uneasy allies to uncover the wicked machinations at work below Mount Waterdeep.

Along with the level cap increase to 80, the update will see five new Adventure Zones (set in the caverns below Waterdeep), a new social hub (the Yawning Portal Tavern), a new Endgame Dungeon, an overhaul of Class Powers as well as Feats, revamped Boons system, a “richer loot drop experience” and much more.

For a brief look into what players can expect, Cryptic also dropped in a new announcement trailer, lets watch shall we…

For those players who may not want to wait until the spring release, the expansion will be available for public testing from Friday, March 1, on the “Mimic” preview server.