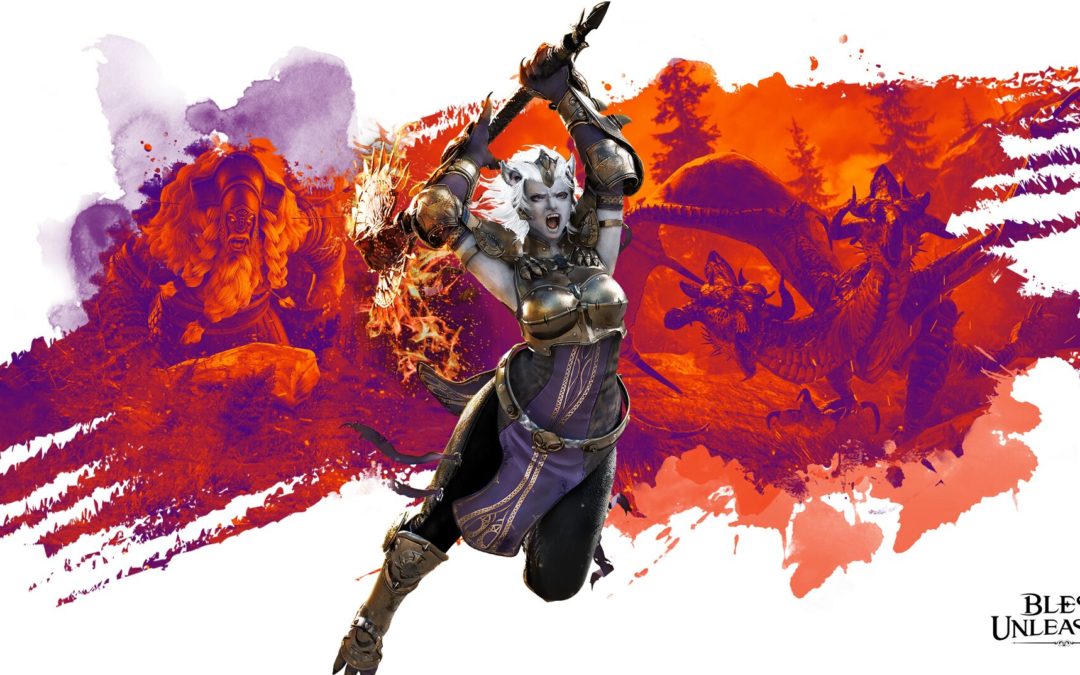 Bless Unleashed is a free-to-play action RPG MMO imported by Bandai Namco from the Asian market with the tagline ‘Make Them Pray’. It’s coming to Xbox One at first later this year, and to other platforms at some point in the future. We had the opportunity to have a go at their combat demo at PAX East in Boston this year, and it seems to be getting ready to provide some button-mashing fun to Western audiences. Instead of an MMO staple of tab-targeting, Bless Unleashed relies more on positional strikes and the use of combos, rolls, and dashes to stay alive while your opponents strive to grind you into the dirt.

There are other MMO traditions to be found in the game, however. There will be dungeons to explore, world bosses to defeat, partying with friends, a deep storyline with quests and divine beings to interact with, crafting, PVP. We spoke with Producer David Jaloza, who noted that one of the major selling points of the game is that it was built from the ground up in Unreal Engine 4 for the Xbox rather than being a PC port that would already start looking dated by the time it was ported. He said that they’re moving away from the holy trinity of gaming of DPS, tank, heals, with every class being able to hold their own in combat. Jaloza added that their goal was to avoid people sitting in dungeon queues waiting for a long time because there wasn’t a tank or healer online.

We discussed their classes a bit and how they worked together. First up was the Crusader, a light DPS/light defense character that was a traditional sword and board sort. Then there was the Berserker, a more typical tank that was slower-moving but heavy-hitting. The Ranger was a ranged DPS with quicker movements due to lighter armor, while the Mage was the typical glass cannon. The Priest class was described as being both offensive and defensive, with the ability to deal damage while also dropping AoE heals or party-wide bubbles. Players will be able to customize their classes through the use of Blessings to enhance skills, similar to talent trees in other games. Unlike other games, there are no gender or racial locks for classes, which means any race and gender can play any class. Jaloza noted there would be humans, elves, a mouse-like race called ippin, and a cat-like race called the varg. The current level cap of the game is 45, and we had a go at the PAX East demo with a level 40 Crusader.

While we played, we discussed their free-to-play model. They are aiming for a primarily cosmetics and conveniences model, and Jaloza expressed the company’s concern of avoiding even the appearance of anything pay-to-win in their game, noting their awareness of the difference in Asian and Western video game markets. He added that the company is playing the long game in this regard, because they want to retain players, and a more pay-to-win model is more of a short game sort of behavior.

During the demo, we had a bit of fun trying to take out two bosses, one of whom reset between fights, and the other having to be whittled down over time. Bless Unleashed doesn’t have passive health regeneration for player characters, but there are potions, food, and other means to keep one’s health up while fighting. I noticed the soundtrack during the fights, and Jaloza said that they’d engaged the services of world-famous composer Hans Zimmer to provide at least some of the music for the game. With it being created for console and thus having fewer buttons to deal with, the Crusader was a fun romp of swing, swing, swing, roll away, drink a health pot, race back in and keep going.

If you want more information about Bless Unleashed, you can check them out at blessunleashed.com.