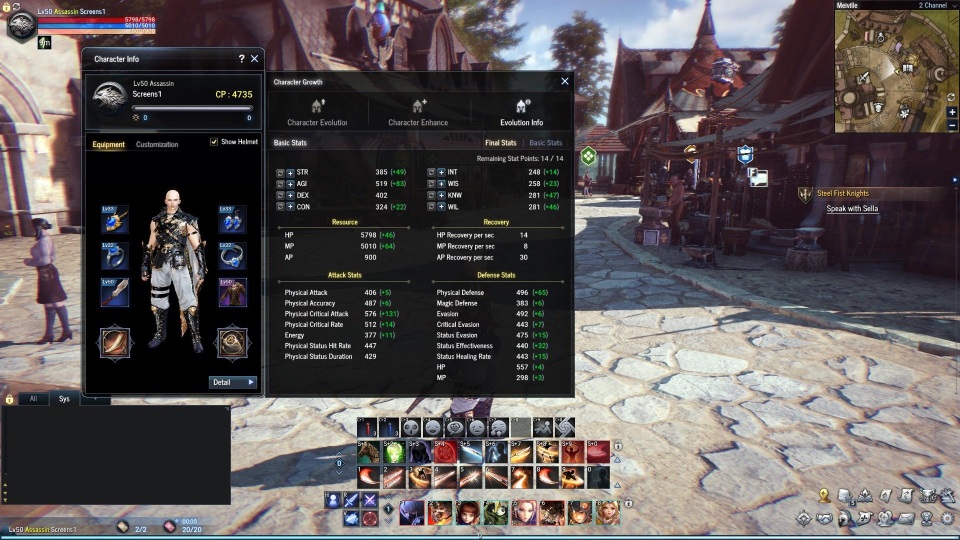 The team at STUDIO 8 has shared a new dev blog on the official Astellia website that details the process of enhancing your equipment as you advance through the game.

In order to understand the Enhancement System, you’ll want to first familiarize yourself with some crucial parts of the user interface. The Character Profile (P), shows your equipped gear, which is divided into five slots: chest, weapon, necklace, ring, and bracelet. In addition to this, your stats and combat power are also shown. As you improve your gear and stats, your combat power will also raise.

Each piece contains stats that improve offense, defense, and other secondary stats. Different gear holds different weights for each. For example, one weapon might have higher spell power, while another has higher crit. Weapons and armor also grant extra percentages to primary stats (STR, DEX, Etc…), which can be seen listed at the bottom of their tooltip. Accessories on the other hand, offer only flat value increases to primary stats.

If you find the dev blog a little too wordy for you, then luckily there is a beautifully narrated video that takes you through the system visually instead. Lets watch, shall we…

Astellia is scheduled to launch later this year – a “Classical MMORPG striving to return the genre to its roots”.