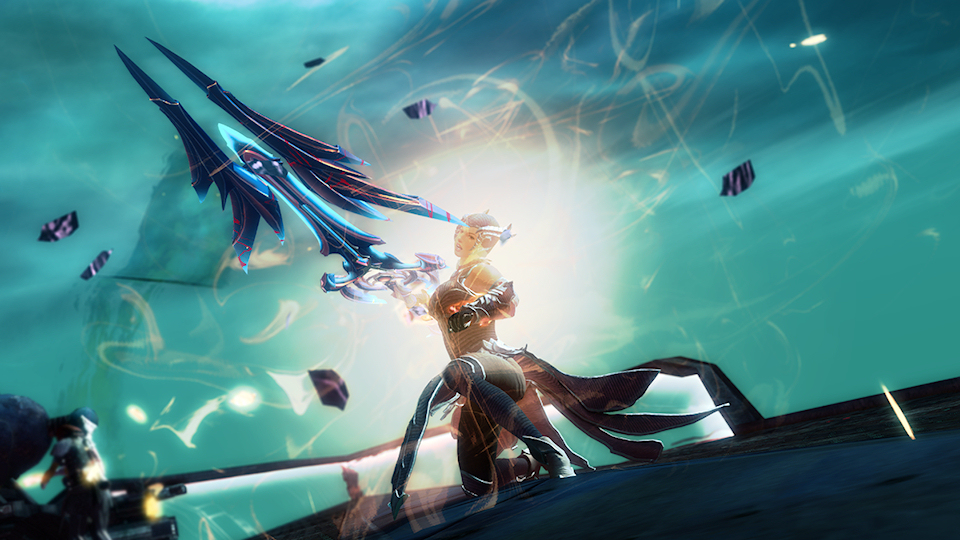 The final episode of Guild Wars 2 Season 4, War Eternal, will be launching on Tuesday, May 14. The team at ArenaNet has shared some details of the update as well as a brand new trailer “that sets the stage for the finale”.

With the shocking death of a dear friend at the end of Episode 5, the Commander and allies are out of time and out of options. Yet a sliver of hope remains while they still breathe, and War Eternal takes players on a daring, odds-defying chase after the wounded and angry Elder Dragon, Kralkatorrik, the villain at the center of last episode’s heartbreaking conclusion.

War Eternal will be free to access for players who own or upgrade to Guild Wars 2: Path of Fire. So, without further ado let’s watch the trailer shall we…

Guild Wars 2’s Episode 6 will reportedly feature a bevy of new content for the game – including a new flying mount (the Skyscale, a dragon), a new map, the legendary greatsword Exordium (pictured above) and a new two-tier Mist Shard armor set.