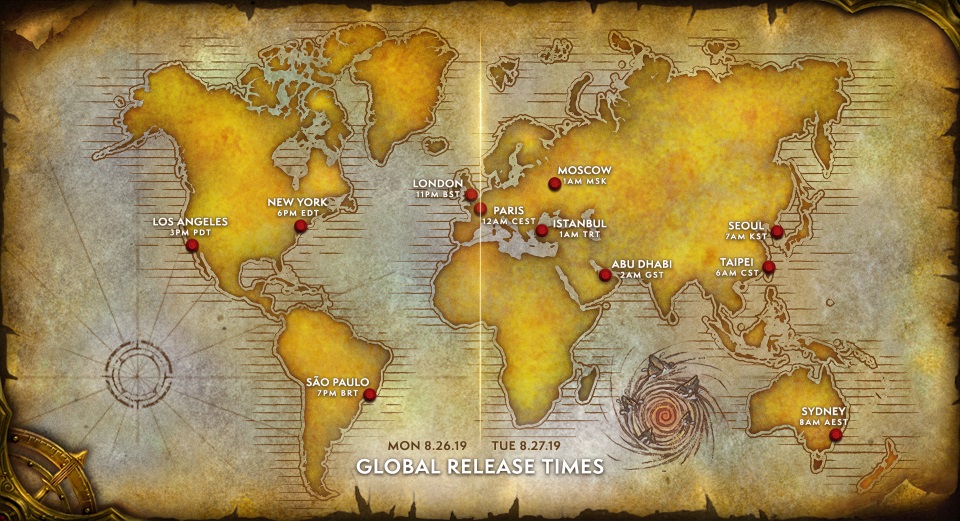 The team at Blizzard has announced that WoW Classic will be going live worldwide on August 27th (or the 26th if you’re in parts of the EU or US). In addition, details have been shared about stress/beta testing the new servers.

Beginning May 15, select WoW players will be invited to participate in a small-scale, focused closed beta test. Players will also get a chance to help put our servers and technology through their paces in a series of stress tests running from May through July—you can opt in now through Account Management and select the WoW Classic beta. Subsequent stress tests will extend the opportunity to even more players. Level caps will also be in place to ensure we’re emphasizing the “stress” in “stress test”

Details were also shared on early character creation – on August 13th (or 12th for US/parts of EU) players with an active subscription/game time on their account will be able to create up to three characters per World of Warcraft account.

Realm names are not currently available, but will be announced closer to launch.