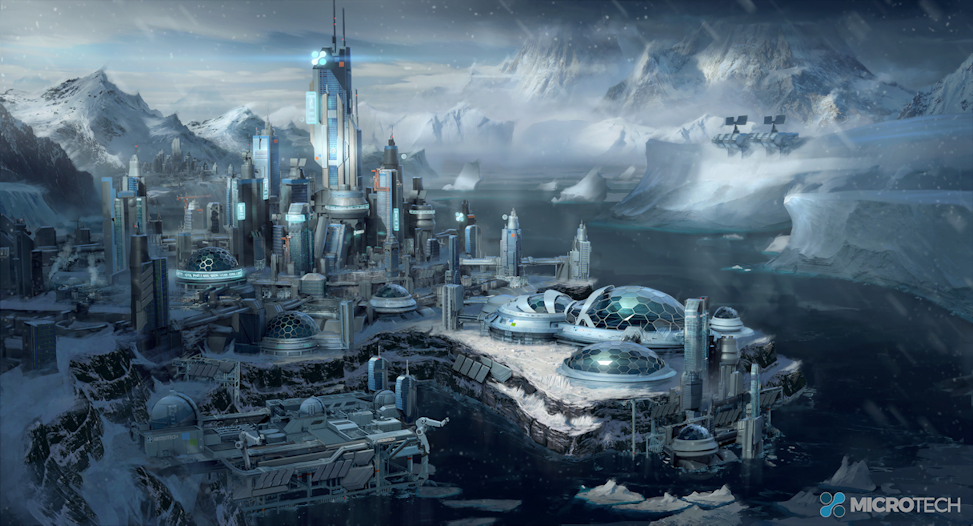 The internet got introspective in the past couple of months when it wasn’t arguing over exactly when the decade ended. Setting pedantry aside for a moment, let’s discuss changes to the concept of early access over the past ten years and whether or not it it has a positive effect on games. Back in the day, most games were released to the public at launch, and only folks who knew someone was able to finesse their way into a closed beta, with a rarefied fewer getting alpha access, both of which were frequently covered by non-disclosure agreements. For awhile, there was black or grey market trade in beta keys and an increase of phishing scams during the phase when games offered keys during trade shows and conventions, and dataminers and folks who broke NDAs faced real consequences for leaking content. The term ‘early access’ was generally reserved for a brief period of a few days up to two weeks before launch as a preorder purchase reward, didn’t include NDAs, and was pretty much the intended launch build.

The other big change is in how game companies market this early access. Previously, the closed betas and alphas were intended for serious testing, where invitees were expected to actively if not intensely participate in helping the dev team by reporting bugs, and companies shied away from letting the general public see their very much unfinished work due to the potential for backlash. Six or seven years ago, a lot of companies began promoting the notion that players who buy into their crowdfunding or pre-order a game with beta or even alpha access will have some nebulously-defined hand in the game’s development and connoted a degree of ownership over the process.

This completely changed some of the narratives between company and player. Before, the company treated their testers as unpaid QA, and players often felt lucky and very grateful they were granted a beta key, but the NDAs meant they couldn’t openly crow about what they saw without the possibility of severe repercussions. The general public was essentially in the dark as to the finer details of what to expect in that game beyond official press releases, interviews, and any exclusive gameplay reveals at trade shows and conventions. All of the power was in the company’s hands.

However, as more companies opened up early access to people with deep enough pockets and just enough impatience, two basic things changed more than any other. Firstly, players started treating the game developers as a service industry, using the fact they paid in advance as justification for asking (or demanding) changes to how the game was being crafted, regardless of the devs’ intended visions or publishing schedule. Secondly, companies had much greater difficulty in telling their player-base to pay no attention to that man behind the curtain. In years past, marketing professionals in the industry would be horrified to see alpha or even pre-alpha gameplay readily available on various streaming platforms with no NDAs and no means of keeping unfinished bits of the product from destroying the public’s perception of the game and thus damaging sales. Now, they court influencers and set up sponsored streams to help get eyes on their game. With services like Steam no longer curating their content and so many more games releasing than ever before, those first impressions and eyes on the product are crucial to a game’s long-term success.

While it’s definitely easier to build up a hype train for your game if they can see more of it and get their hands on it up front, companies now also have to deal with the concept of having a too-lengthy early access period and worrying about how many people try it too early, don’t get invested, and then walk away. They can’t bank on those same early adopters coming back when the game is ready for prime time, so they have to invest in marketing and community management and actively communicate with their fan-base to keep them engaged so people don’t wander off before the game launches. This is where players have gained the most power. One of the real risks to companies offering this newer version of early access is that there may not even really be anything wrong with the game or its mechanics, but players will either get bored, not have enough time to play a game in beta, or quite frankly, burn out and leave before launch. It’s possible they might come back for launch to see how things improved, but that’s not something a company can or should be banking on. Plus, one has to consider that these days, these buy-in options generally include access to the game after launch, so the company cannot count on any further revenue from those players.

This has led to the rise of crowdfunded games and a more publicly-visible dev cycle that can actively harm a game’s reputation and development but it may not necessarily matter. For example, in the past, an MMO might have a 6 or 7-year dev cycle behind closed doors before alpha or beta, and that’s traditionally been time where there’s zero return on investment. It’s easy to see money being behind these decisions to start doing paid early access, and it’s leading to an industry where players are paying to gain access to unfinished products, but those in charge of the money are okay with that, because it means they’re seeing their RoI much earlier. They don’t have to count on a successful launch anymore as long as they meet their financial goals early on. It also leads to a lack of accountability in that a game no longer has such a strong incentive to spend more time on bug fixing and polishing prior to launch, because players are becoming inured to the presence of a bug-ridden game.

While there isn’t likely a nefarious person in some office cackling over how they got players’ money, there’s enough red tape for players to get refunds for any direct purchases and pretty much zero recourse for anyone who chipped in for crowdfunding that it’s generated some resentment and wariness among gamers. There’s whole swaths of gamers who refuse to participate in any crowdfunding schemes or direct purchases of anything except the finished launch product. They’re pushing back despite the sweet incentives often dangled and are willing to be patient. Especially in the case of crowdfunded projects, this may be very wise of them, considering how many years it’s been since certain high-level projects were funded, what their goals were for release, and how many years it’s been since those goals have passed without result.

This is the danger of crowdfunded games in this day and age of early access versus a direct purchase on a game’s website or Steam. There are no guarantees, and most of the sites are very explicitly clear on this fact: if you chip in, the project creators get your money and aren’t legally required to give you what you paid for. Caveat emptor indeed. The biggest example of this, to name names, is Cloud Imperium Games’ Star Citizen, which first started its crowdfunding in 2012 with an expected release date of 2014, still hasn’t really got a properly working game up, just added female avatars in late 2019, and is still raising money on their own website. The term ‘vaporware’ has frequently been used with reference to this interstellar boondoggle that was recently observed to have raised over $250 million as of last month. While one can certainly admire their ambitions and willingness to push the envelope of possibilities as to what a game can be and do, they still have years worth of blown promises to reverse by releasing tangible content.

The thing is, crowdfunding also changed in the past decade. It was originally intended for smaller independent creators to raise the money needed to get their modest designs out to the world because they couldn’t find angel investors or work through the traditional system of loans and financing. It has since been taken over by triple-A companies who already have their base funding but are greedily attempting to buy interest by offering rewards or as free publicity for their project. This isn’t just a gaming thing, of course. Hollywood discovered crowdfunding as well, so they’re starting to edge out indies there too. The other big risk in crowdfunded projects is when they go off the rails with feature creep. If a project hits its basic goal, there’s little incentive to keep adding to the scope of the work. However, when a game does so well in its Kickstarter like SC did, or Intrepid Studios’ Ashes of Creation, the devs often make the mistake of using stretch goals to encourage more pledges, and the whole thing just balloons up. Their game will necessitate more devs and more time to create, iterate, and get ready for launch. Suddenly, it’s five or six years later and the game’s still not out. That’s where players have already moved onto something else and written off whatever amount of money they spent unless it’s significant.

It will be interesting to see if public pushback against crowdfunded projects, lengthy early access, and seeing more under the hood will change the notion of early access again. One thing that has yet to truly occur is the complete breakdown of the wall between devs and players. No game that has dangled the carrot of getting to work hand in hand with the developers has actually fulfilled that promise in a substantial way. While some qualified players might wind up getting hired out of the community due to their own skills, or some influencers might wind up on the marketing or community teams, the majority of players who buy with the idea that they’ll suddenly be able to directly craft the game they’re interested in will not get to fulfill that dream. SOE taught that lesson to the EverQuest Next and Landmark communities years ago when they let players use the same building tools they had and offered the promise of including selected player creations into the finished game. Then that all went up in smoke when first EQN and then Landmark were canceled due to a number of factors including mismanagement of resources, the sale of SOE and its transformation into Daybreak, and Daybreak promptly laying off literally half of their studio. Players have become increasingly skeptical about claims of game ownership, although many will still insist upon their perceived rights due to any financial investment in a game in early access.

At the end of the decade, things are very different for the industry than they were 10 years ago. The times, they are a-changin’, as Bob Dylan once said, and that’s not likely to stop. So what’s your take on early access?