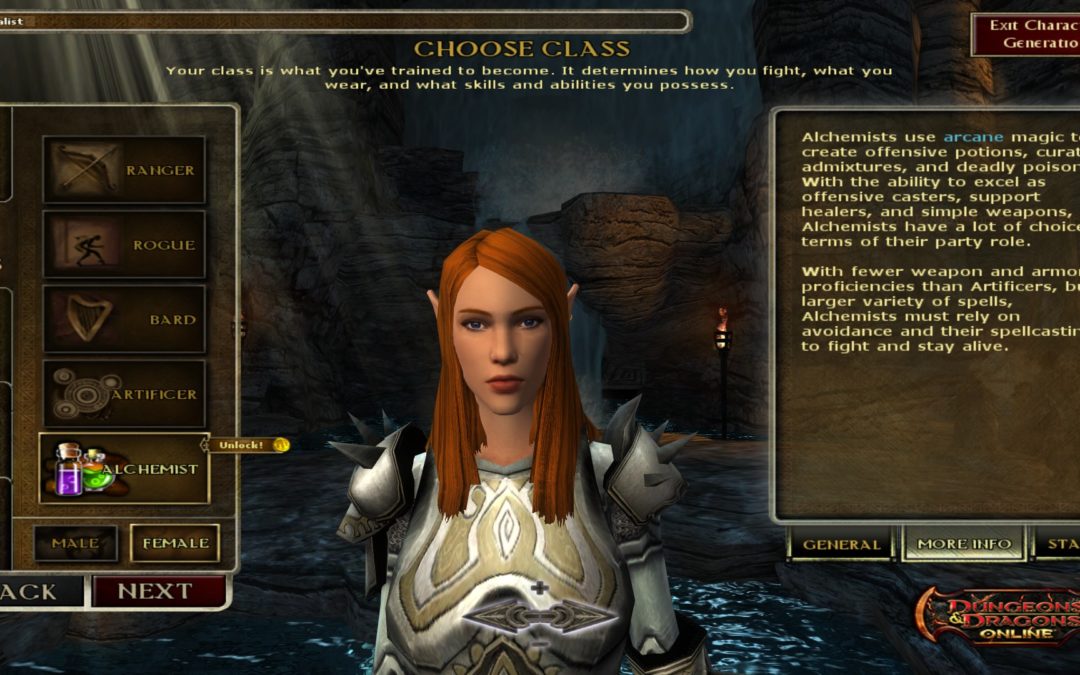 Today, Dungeons and Dragons Online opened up their Lamannia test server to give players their first hands-on look at Update 45, featuring the new alchemist class, class changes, and other iterations on current content.  First publicly discussed at GenCon last August, this complex class is set to be a support role, using various chemical mixtures to harry its foes or assist its allies in the form of thrown vials.  Its primary stat will be Intelligence, with Dexterity and Constitution being next in queue.  Despite the lack of armor proficiencies, alchemists are flagged as ‘very good’ in terms of solo ability in character generation.

Other big changes available for testing in this iteration of Lamannia include a nerf to the admittedly OP Inquisitive enhancement tree, some matching adjustments to various crossbows and ranged attacks, an overhaul of two-handed fighting to make it more of an AoE melee class, some tanking buffs, updates to the paladin Knight of the Chalice enhancement tree, and some updates to Named Loot including updates to The Catacombs and Delera’s Tomb quests.

All of the changes are discussed in great detail on the Lamannia-specific forum, and it is recommended that one gets comfortable for a lengthy read because there is a lot crammed into the update.  The devs have made a point to not preview the new loot on the forums, citing their preference of seeing players testing the content in-game this time around rather than solely theorycrafting on the forums.

What are you most looking forward to in this update?