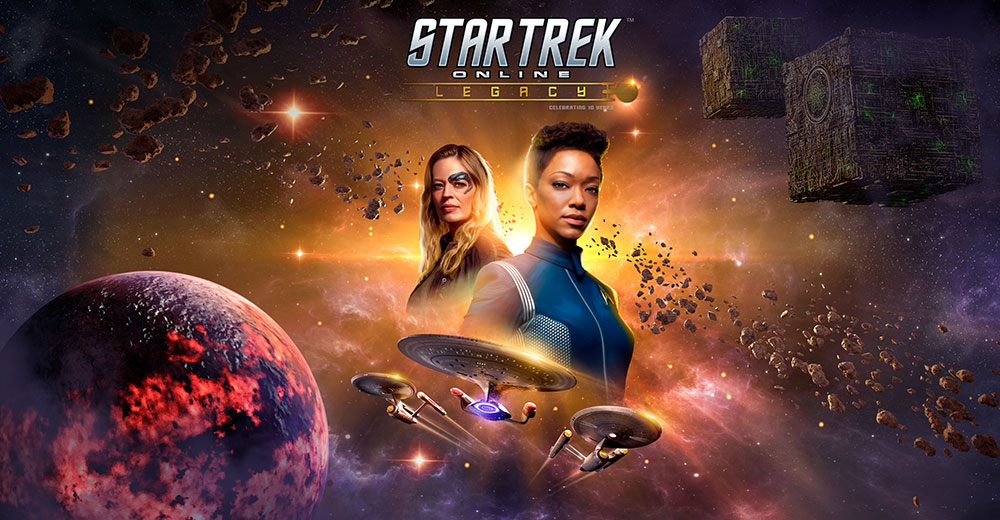 With a trailer mostly narrated by the late Leonard Nimoy, Perfect World’s Cryptic Studios announces the next update to the 10-year-old Star Trek Online, entitled Legacy. The update is already live on PC and will launch on PS4 and Xbox One on March 3rd.

Unlike most other MMOs tied to a specific intellectual property, Cryptic and Perfect World are able to create content for the game that directly references the primary media, and a number of Star Trek actors have lent their voices to the game over the years.

This time, the update includes an homage to Original Series episode ‘The Savage Curtain’, returning players to the planet Excalbia in a two-part episode to pit them against villains from previous game content updates. They will have the benefit of some of Starfleet’s finest at their side, such as Seven (voiced by Jeri Ryan of Voyager and Picard) and Michael Burnham (voiced by Sonequa Martin-Green from Discovery). There will also be a new Task Force Operation named ‘To Hell with Honor’, where groups up to five players will take on J’Ula and her Klingon forces to stop her from building a new shipyard.

The month of February will also see the ten-year anniversary events in play. Players can earn credits toward a new Starfleet/Klingon hybrid ship called the T6 Khitomer Alliance Battlecruiser by playing the new episodes, TFOs, and the Omega Anniversary Event. The previous update’s TFO will be added to the standard rotation as well.

Star Trek Online is a fully-licensed free-to-play MMO renowned for including iconic characters, locations, and technology from all eras of the venerable franchise, with many of the characters voiced by the original actors. Play as a captain in command of a crew of your own starship as one of several different races and four playable factions, and forge your own destiny in the galaxy.

For more information on Star Trek Online, head on over to their official website.