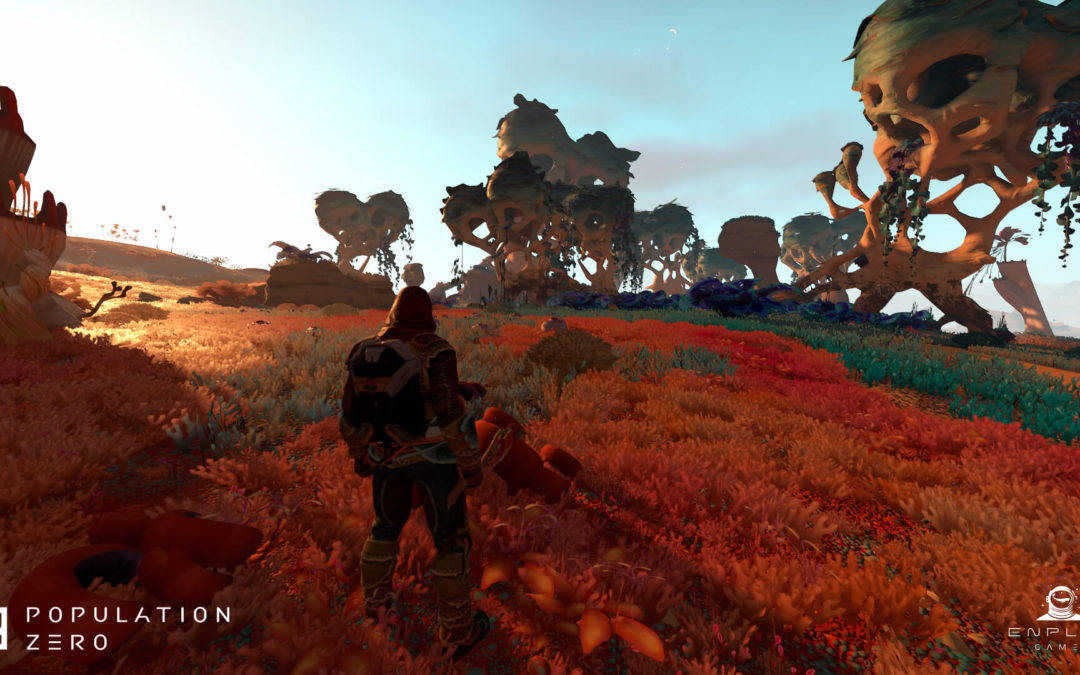 Population Zero is a new entry into the genre of exploration/survival games, created by Enplex Games. Stranded on the planet Kepler with the survivors of colonization expedition, it’s the player’s goal to survive for 168 hours (7 earthly days) before they surrender to madness due to a mysterious Sphere. Kepler is a beautiful planet of varying biomes available with their own unique danger (currently seven will be available), and plenty of alien critters who might not take kindly to humans tromping around in their territory.

Currently listed on Steam, it’s due to launch into early access on May 5th, 2020. As the pre-launch development winds down, we stopped by their booth at PAX East to check it out. We spoke to developer Dmitry Muratov for our first hands-on with the game to see what all the buzz was about. Like many other games of the genre, one of the core facets is the players’ abilities to either cooperate with each other or play monarch of the hill in their quest to survive. As each cycle ends, win or lose, players will progress via perks and account experience, and thus will become more powerful over time.

Aside from the main quest to survive the 168-hour cycle, there will also be side quests offered to help the player, as well as an in-depth tutorial to teach players both new to this game and to the survival genre in general. Given the ability to fight other players, there are mechanics in place to prevent griefing, including a bank space in the safe player hub as well. If killed by another player, you will lose gathered resources but not much of your gear and nothing out of your storage back in the hub.

During our jaunt through the game, we learned that you can improve via crafting as well, and there is the ability to build personal structures that can help you survive in the harsh environment. It’s certainly a game to watch out for, if you’d rather your survival games to have a sci-fi sort of setting. You can wishlist the game on Steam where it will become available for $29.99 USD upon launch, and also go to the game’s official site for more information.