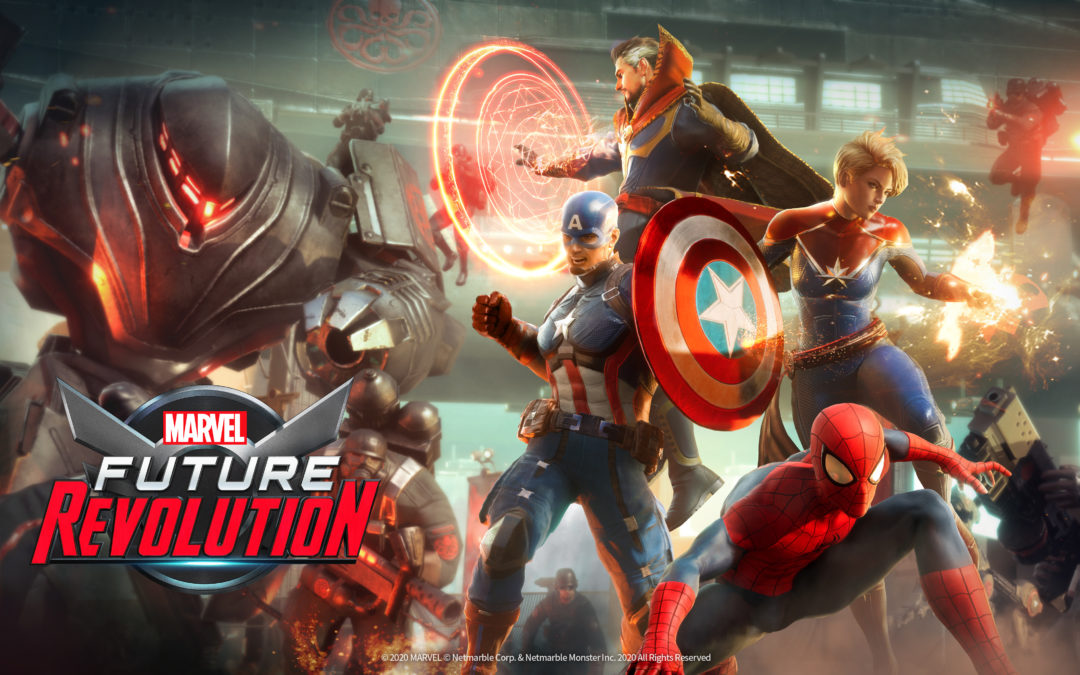 In the days leading up to PAX East, Marvel Comics and their associated brands hyped up a panel called the Marvel Mystery Panel, to be hosted by Vice President and Creative Executive Ryan Penagos. Sadly parked at the tail end of Sunday’s schedule, the room wasn’t as full as one would have hoped for the announcement of a new game. Given the Netmarble execs also listed as panelists, social media guessed rightly that the new game would be on mobile.

The resulting experience is the open-world RPG Marvel Future Revolution. The basic premise is a sort of mash-up of worlds called the Convergence where the heroes from each reality will be teaming up to save them all in conjunction with Omega Flight. The panel revealed expansive landscapes pasted onto our world that featured Sakaar from World War Hulk and Xandar from the Nova books, as well as mentioning a New Stark City where the heroes had Iron Man-ized costumes. While there were some things that reminded us of Gazillion’s ARPG Marvel Heroes, the graphics were much higher resolution but the character roster was much more limited, and gameplay wasn’t isometric.

However, MFR has used only a slightly different answer to the same question that MH had solved years ago regarding designing a massively multi-user Marvel experience, which is how to handle multiple instances of the same character. Not only can you be variants of the same character from different universes, players will be able to create different color schemes for the various costumes of those characters, such as a blue and white or purple and black Spider-man outfit. This keeps the characters recognizable but still allow some player choice.

The game will start off with only four playable heroes: Captain America, Doctor Strange, Spider-man, and Captain Marvel. The panelists indicated more heroes would be coming, but didn’t drop any real hints as to whom. Everything seems tied more to the Marvel Cinematic Universe’s licensing than pulling directly from the comics, so it’s probably unwise to hold one’s breath until characters like the Fantastic Four, the X-Men, and Deadpool show up, especially considering how the panelists pointedly omitted them from the families of characters they rattled off mid-panel.

No release date or pricing structure was mentioned at the panel, so keep an eye out for those reveals in the future.

Here’s the panel video directly from PAX East for those seeking a full report on the reveal.