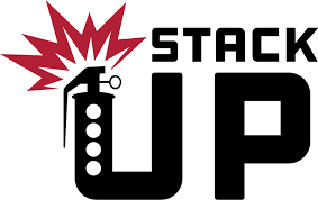 In these uncertain times, it’s good to reflect on the organizations which are providing assistance to others. At PAX East, we had the privilege of speaking with Stack Up’s founder and CEO, Stephen Machuga about their mission. Stack Up is a nonprofit organization that was founded from a simple idea: veterans and active-serving military needed something to help their mental health. Himself a veteran and a lifelong gamer, Machuga told us how he started out simply sending video game gear overseas to serving military personnel, and then over time, their mission had what game devs would call feature creep. He discussed the organization’s four primary programs:

Most civilians would be familiar with the supply crates sending video game goodies out to the military and veterans in need. That mission expanded to provide Make-a-Wish style paid trips for vets to attend gaming events like PAX, providing volunteers to help veterans cope with transitioning to civilian life or PTSD, and their newest effort in mental health support, crisis intervention, and suicide prevention. Machuga said that they have approximately 200 members on staff, including licensed medical professionals and counselors. He explained the difficulty some sevicemembers have had in returning to civilian life due to the common language of the military, and the common language of gaming helped transcend the barriers between military and civilians, giving folks in need a connection with trained professionals who can help them. Finally, Machuga expressed the scope of how their project included not only most US-allied military forces, but he also made a point of saying their organization was LGBTQIA+-friendly.

If you would like to learn more about their important work, stop by StackUp.org for more information.